In 2017, Devshayani Ekadashi will be observed on 4th of July. every year it is marked on the very 11th day of Shukla Paksha in the Hindu month of Ashadha. Devotees observe cow and worship Lord Vishnu and Goddess Lakshmi in order to get rid from their past life sins. Observing this Ekadashi is meant to be very fruitful. Read this article to learn more about this event. 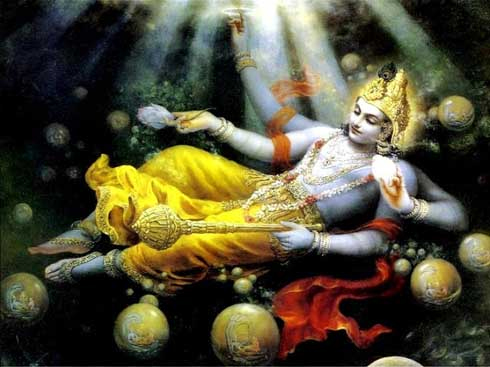 Devshayani Ekadashi opens up the doors of peace & prosperity for all the devotees. Want to know more about this day? Then, do not wait as we have brought you everything you need to know about the day of Devshayani Ekadashi.

Now, let’s know when Devshayani Ekadashi is to be observed in 2017.

Once, there was a king named, Mandhata. He was very generous toward his subjects and was immensely popular among the common men. Moreover, Mandhata was very honest and was engaged in numerous auspicious activities. But, one event changed the fate of his kingdom. The kingdom received no rains for a period of three years and this affected the prosperity of the place, to a large extent. Mandhata performed several rites, but could not bring back the prosperity of his kingdom.

Henceforth, he set out on a journey when he met several holy men with whom he discussed his problem. But he could not find any solution from them. Finally, he met sage Angira, who advised him to follow the Vrat of Ekadashi in the month of Ashadha. Mandhata followed his advice and observed Ashadha Ekadashi Vrat with a devout heart. As a result, his kingdom received heavy rains and the prosperity was regained, after a drought for three years. Since then, the day of Devshayani Ekadashi came into being.

Following are the rituals that are to be followed on the day of Devshayani Ekadashi:

Observe the day of Devshayani Ekadashi and lead a charming life in the near future. All you need to do is to purify your heart, not with water or elixir, but with a devout heart full of dedication toward Lord Vishnu.