“Every ball counts.” The new format of T20 has made a new beginning in the field of cricket. Everyone is keenly waiting for the T20 World Cup match winners. Stay tuned to MyKundali to know the astrology predictions about the winners of ICC T20 World Cup 2014. 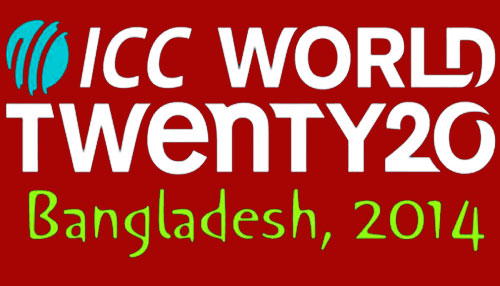 ICC World T20 2014 series will witness some changes in the format. The teams across the globe will be participating in the event. There have been changes made to the men’s format.

A total of 12 matches will be played between the top 8 teams, who have been divided into 2 groups, 4 on each side. The teams who will be topping the charts will progress straight to Super 10 stage.

Friday, the 21st of March, 2014 will witness the first match of the ICC T20 World Cup Super 10. Cricket lovers will see the two former champions, India and Pakistan playing against each other on the grounds of Dhaka.

The ICC Women’s World Twenty20 2014 will also witness some changes. This year ICC Women World Cup 2014 will have 10 teams instead of 8 teams, in the past years. The host Bangladesh will make its appearance in the ICC T20 World Cup in 2014 for the first time. The round of women matches will begin from 23rd of March in Sylhet.

There would be 20 group matches and the top sides will be progressing to the semi-finals of the ICC T20 World Cup 2014.

Australia, the defending champions, will take on New Zealand on 23rd of March, 2014.

Before we go ahead and look in the finals schedule, we at MyKundali have showcased the complete ICC T20 World Cup 2014 Timetable. For more information, stay tuned to know who would be in the finals and who would not even qualify in the Super 10.

Being a cricket fan, you can know about your favorite teams’ future in the ICC T20 World Cup 2014, through astrology. Just follow our daily predictions and know the result in advance, instead of waiting for the last ball.

ICC T20 World Cup 2014 countdown has begun and we at MyKundali will give you the day-to-day prediction as to who would be the winner of the match purely on the basis of astrology. So, just stay tuned on MyKundli to know well in advance the winner of the day.