This time, none other than Brazil is going to host the FIFA World Cup in 2014. But, how would go to Brazil? Don’t worry, we would bring Brazil here for you. MyKundali brings you the Desi corner of football where you will get latest updates from Brazil World Cup in 2014. 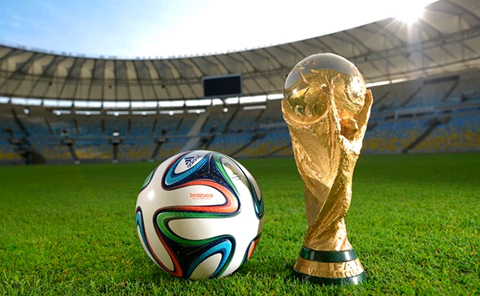 The fever of FIFA is spreading all around, as the 20th tournament of FIFA World Cup in 2014 is just round the corner. It is going to start on June 12, 2014 and will continue till July 13, 2014. The tournament of World Cup FIFA 2014 will bring in extreme amount of excitement and enthusiasm.

This grand event of Soccer World Cup in 2014 will be hosting 32 teams and a total of 64 matches will be played amongst them.

This time, the tournament is taking place in the favorite place of Football that is Brazil, so It is not at all wrong if we call the FIFA World Cup 2014 as the Brazil World Cup 2014. We are calling Brazil as the favorite place for Football, because Brazil has taken home the trophy of FIFA World Cup Tournament for the maximum number of times. This isn’t all. The other 31 teams are eligible enough to give Brazil a tough fight. So, don’t let this chance slip through. Here, we present to you the match schedules for FIFA 2014.

This fact has increased the excitement for the 20th tournament of FIFA World Cup 2014, since everyone is looking forward that whether Brazil will again be able to win the trophy at its own home or not. Know about this excitement after checking out the FIFA Football World Cup 2014 Schedule on My Kundali. It also tells you about the contesting teams and dates of the FIFA World Cup Tournament 2014 matches.

Every year the increasing craze of Football can be easily seen among the people. The FIFA matches are followed by most of the people around the world. So, how can we escape from the effect of this grand event of Soccer World Cup in 2014? That’s why, we bring a very special gift for you this time in the form of FIFA World Cup Tournament 2014 match predictions.